Effy started training at Martial Art World just two years old. It was clear from the start that Effy had a passion for learning and thrived each week learning new martial art drills and skills with her mum or dad’s support on our Ninja Tot programme. When Effy turned three she was promoted to our Little Ninja Character Development Programme taking classes on her own without any assistance from her parents.

Effy’s hunger for learning continued to grow and in July 2019, aged four years and four months she earned the privilege to be promoted to our Ninja Ranger Junior Leaders Programme. This promotion made Effy the youngest student we have ever invited to join Rangers.

Since starting her Ninja Ranger training Effy has constantly demonstrated what a huge strength of character she has. She works hard each and every class and always tries her very best. Some of the drills Effy has been asked to learn have not come easy to her but Effy never allows this to affect her attitude and determination to push on and keep trying until she’s mastered the moves. With a smile on her face!

Effy’s strength of character has continued to grow throughout her time at Martial Art World.

In September 2019 Effy started primary school, which she took in her stride for the first week. However, it became very clear after the first few days that Effy found it very difficult to be separated from her parents each day and struggled saying goodbye to them in the mornings. Something many parents are faced with.

Effy worked very hard to control her separation anxiety so she could continue with her school day and make the most out of her learning. With the first term well and truly under her belt, Effy returned to school after half term with a new focus. Walking into school one morning she told her mum “I want to make you proud mummy, I’m going to be smiley in the mornings.” She then skipped into school that day and has done so every day since. That first day Effy decided to make this positive change she reached the Red Star level on the class behaviour chart. The following day she attained the Silver Star level. Two other days that week she continued to push herself and reached the Red Star on both occasions.

Effy received these awards for treating others with respect, engaging in her learning, using her manners and being mindful in all that she does.

In addition, Effy’s parents were invited into school to see Effy receive the Citizen of the Week award.

Effy started school aged just four and a half. Two months into starting this new life journey she realised that she was in control of her emotions and only she could make the changes needed to get the best out of each day.

The school behaviour chart is how Effy measures her success. Each morning the children start off on the sunshine. For children going above and beyond expectation they move to the Silver Star, then the Red Star and finally on to the Rainbow.

Effy has yet to reach the Rainbow but she has told her parents that she will continue to try to achieve this level as her promise as a Ninja Ranger says that she will work hard in class, home and school.

Effy’s outlook at such a young age is an inspiration to us all.

Effy is such a hard working young lady not just at school but at martial art world too. She practices her drills and skills regularly outside of her classes to be the best Ninja Ranger that she can be! At Martial Art World it’s not all about the kicking and punching. We focus on each individual child becoming the best version of themselves they can be.

We encourage children to step outside their comfort zone to challenge themselves, to be respectful, courteous, to be self driven and motivated to do their very best in all they do! Effy most certainly lives by these values! 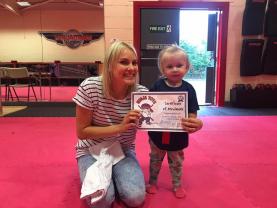 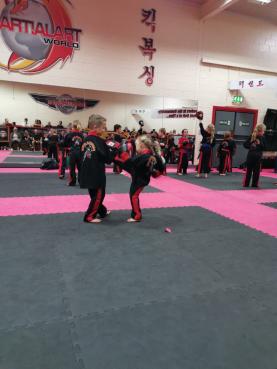 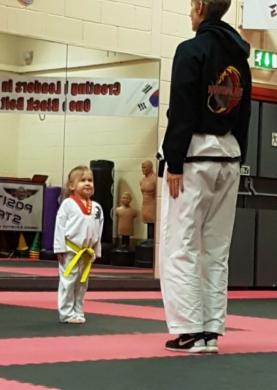