Home  >  Blog  >  A double celebration for our Ninja Rangers!

A double celebration for our Ninja Rangers!

The Ninja Rangers had a successful Graduation Celebration today. They were focused and worked extremely hard to show off their skills to Master Bonthuys. The discipline demonstrated was a delight to see!

The students were asked by Master Bonthuys to present the discipline of a “non-quitting attitude”. He set them a challenge of performing a suicide squat. The Ninja’s couldn’t wait to get started and prove to Master Bonthuys they could do it. The Ninja team was delighted with how superbly and faultless the Ninja’s performance was!

Master B had great feedback from some of the Ninja parents who informed him of the changes their child has made in school and at home. Now walking into school more confidently and performing much higher in ALL school work!

Not only did we celebrate the Ninja Rangers earning their new Belts and Certificates but also in addition we celebrated the Ninja School’s two year anniversary! Eight students were presented with an invitation to start their 2nd year training on our Advanced Ninja Ranger Programme. Three students who are the very first for the Ninja school to successfully complete their second year of training as a Ninja Ranger. This is an awesome achievement! Well done Mr Bailey, Miss Wedge and Miss Pearson.

Our junior leaders are an excellent example as to why Martial Art World is the place to train. It is so much more than a club! At Martial Art World we teach life skills such as anti bullying, stranger awareness, and confidence as well as learning practical safety skills.

At Martial Art World our Instructors work with the local community and have supported many international, national and local charities.

A unique feature of Martial Art World is our Schools Programme. Our Professional Instructors work with a number of local schools each year in order to keep the children in our local community safe by presenting our special Schools Programme to all pupils aged between 4 -12.

A black belt is a Ninja that NEVER gave up! A Ninja with a non-quitting attitude. 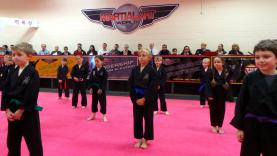 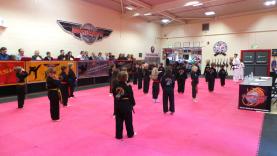 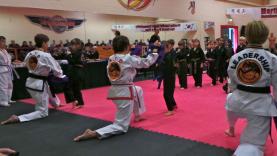 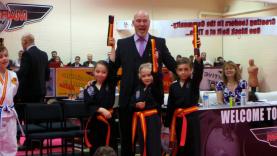 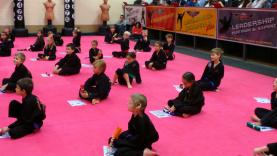 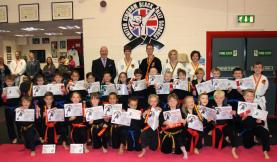 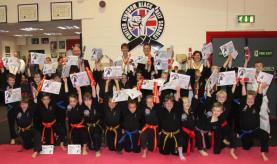